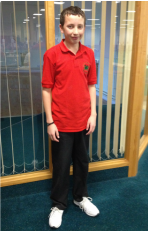 Congratulations to Aaron Lloyd of Penally (pictured) who recently represented Wales in the annual U21s Wales v England competition held in Bristol on March 10th 2012. Wales were the winning team by an impressive 54 points to England's 26 points. Congratulations to all of the youngsters who took part and to team captain Tom Jones (Skewen, West Glam) for taking the team to victory.

Congratulations to Andrew Evans of Tavernspite who beat Peter Rees (Montgomery) in the final of the Welsh National Singles championships in Llandrindod Wells on Saturday 11th February 2012. Congratulations also to Mark Havard (Merlins Bridge) and Mark Thorpe (Freystrop) who made it to the semi finals.

Click on the link below to view the quarter final cup draws, drawn at the county meeting on Wednesday 1st February 2012.

Conratulations to the following winners and runners up in the County Doubles and Triples competitions on 4th and 5th February 2012:

_Aaron Lloyd (Penally) and James John-Davies (Freystrop) made it to the final against Jordan Pool and Gethin Jones of Carmarthen only to loose on the last delivered bowl on the last end. Final score Carmarthen 7 - 6 Pembrokeshire. We had three teams in the quarter finals:  Sophie Fry & Lara Taylor,  Cameron Kilminster & Carwyn Pratt and of course Aaron Lloyd & James John- Davies. Other Juniors playing were, Kieran Wilkinson & Callum Wilkinson and Rhys O'Mara who partnered Marcus Curtis from Carmarthen. Rhys was originally playing with Sara John-Davies but unfortunately she fell over and broke her bowling arm. Hope she is soon back playing. Every one of the Pembrokeshire players gave it their best in front of quite a large number of spectators of which Pembrokeshire was well represented. I was very pleased and proud of their performance. Clive Law. 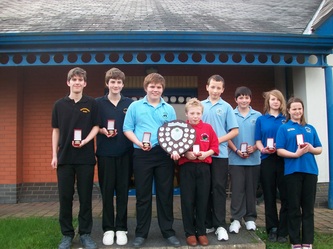 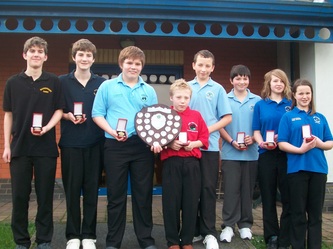 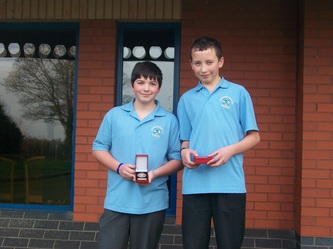 Visit the Captain's Blog for updates from county team captain Paul Hudson (Hook) including information about the forthcoming visit to Warrington for the Inter-County Challenge. Select 'Captain's Blog' from the menu at the top of the page, or click here.

_On Sunday 13th November the 2011 Pembrokeshire junior singles competition was played at the St Elidyr club. 10 youngsters taking part. The Pembrokeshire SMBA Chairman Eileen Hodgson welcomed everyone, and wished all the competitors the very best of luck.They were drawn into three groups, one containing four names and the other two with three each. After the group play the Winner of group A was Aaron Lloyd (Penally) group B Sophie Fry (Penally) and group C Lara Taylor ( St Elidyr).
The final was played as a round robin, everyone playing each other. Congratulations to the winner: Aaron Lloyd, second place: Sophie Fry and in third place: Lara Taylor.

The standard of play on the day was excellent. Thanks must go to all the competitors who took part for the way in which they they conducted themselves throughout the whole tournament. There was good support on the day, people offering to score and umpire. Thanks must go to St Elidyr for the use of the venue, also David Williams who set up all the paper work, Gordon Willims who carried out the running of the competition on the day.
The presentation of the Shield and medals was carried out by Pembrokeshire SMBA President John Munt. The following names took part Aaron Lloyd (Penally) Sophie Fry (Penally) Lara Taylor (St Elidyr) Cameron Kilminster (Tabernacle) Rhys O'Mara (St Elidyr) James John- Davies (Freystrop) Sara John-Davies( Freystrop) Carwyn Pratt (Tabernacle) Callum Wilkinson (Tabernacle) Kieran Wilkinson (Tabernacle) All the players who took part will now go to Carmarthen on the 22nd January 2012 to represent Pembrokeshire in the Welsh Under 16 doubles Competition.

Congratulations to Jonathan Gladstone (Hook) who beat Bob Wood (Tavernspite) in the final of county singles competition and also to Gordon Williams, Aaron Lloyd, Jo Barker and Robert Hughes (Penally) who beat the Evans family (Sheila, Tomos, Alan and Andrew from Tavernspite) in the county fours competition; both of which where played at Heatherton. 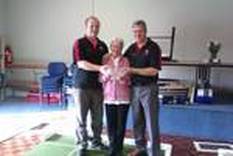 Congratulations to Neil Crawford and Gareth Davies (Hook) who beat Selwyn Jenkins and Bernard Williams of Letterston in the final of the Roy Banner Doubles Competition held at Hook Bowls Club. Dot Banner and family and all at Hook Bowls Club would like to thank all who entered for their support. Please see the PHOTOS page for more pics!

Welcome back!
I am just updating the website ready for the start of the new season. There will be a few new features to the site, so keep checking over the next few weeks for updates.
Also, if you have any news stories for the site, I would love to hear from you... just drop me an email.

New Feature: News Archive.
I have moved all the news from previous seasons into a brand new archive which can be viewed by clicking the link at the bottom of this page, or clicking here.

New Feature: Hot Shots!
If your team scores 8 shots (fours) or 6 shots (triples) in one end during a league game, county or Red Card competition, let me know and your achievement will be posted on the website. You can view the Hot Shots page by clicking on the link at the top of this page.

Send me your stories...

I want to add lots of new features to the website, so if you have some news or a story that you would like to see here, just send it to me by email by clicking here or use the contact form on the contacts page.